Fibrillation is a word used to describe rapid, uncoordinated, wormlike wriggling of muscle fibers. Heart muscle fibrillation is the most common cause of cardiac “arrest.” Many people have seen devices called cardiac defibrillators and heard campaigns urging education in their use. Some people have even seen people rescued from imminent death by the electrical shock of a defibrillator. But many people also know friends and family members who have a heart condition called atrial fibrillation – one with which they live normally. Why is fibrillation sometimes lethal and sometimes simply a chronic heart condition? The answer lies in the heart’s muscular and electrical anatomy. 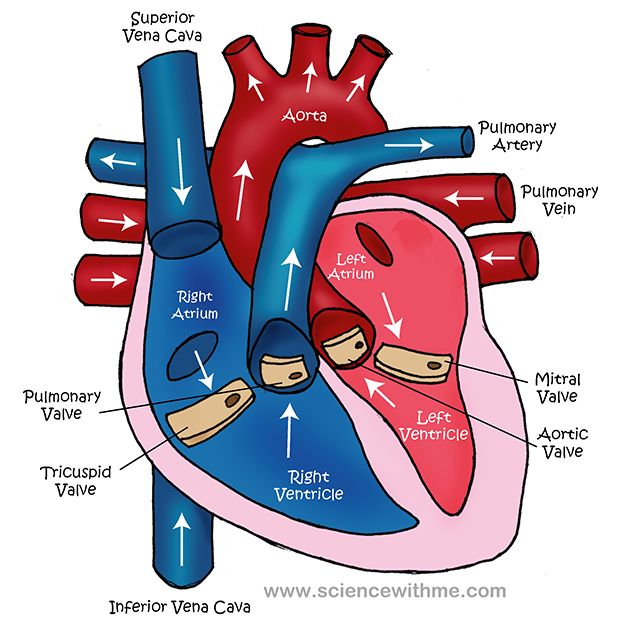 The heart is a pump made from muscle and driven by an electrical system. Normal heart muscle contraction begins with electrical activity in the atria, the two upper chambers of the heart. There, the  “sinus node,” the body’s inborn pacemaker, begins generating a rhythmical electrical signal three to four weeks after the human egg is fertilized. An orderly wave of electrical activity and muscular contraction spreads through the atria to the lower chambers, the left and right ventricles. The muscle contraction pushes blood from atria through valves into the two ventricles below. The wave of contraction in the ventricles pushes blood from the right ventricle into the lungs and from the left ventricle out to the body. You feel each contraction of the ventricles as your pulse. Once the heart has emptied, it relaxes and blood passively accumulates in the atria, coming from throughout the body through big veins in the abdomen and the neck. After fraction of a second, the sinus node fires again and the pump goes into another round of action.

When the sinus node is no longer in charge

When atrial muscle fibrillates and the contraction of the atria no longer follows an orderly path, the atria no longer squeeze and push blood – but  most of the atrial blood still falls through the valves into the ventricles. Some decline in exercise capacity might result from incomplete emptying of the atria, but life goes on.  The disordered electrical activity from the atria often stimulates much too rapid, but still well-ordered activation of the ventricles and pulse rates as high as 170-200. When this happens the ventricles don’t have enough time to fill with blood between contractions, making symptoms worse and rate controlling drugs necessary. More on this later.

When ventricular muscle fibrillates and there is no longer any coordinated pumping action to push blood out to the lungs and the body. Consciousness promptly fails, and the victim loses muscle tone. Technically the heart has not stopped, but its pumping action has. While there is still electrical activity, as there is in fibrillating muscle, an external shock can restore orderly heart muscle activity, which is why defibrillators work.

The origins of fibrillating heart muscle

Why does heart muscle fibrillate? The reasons are many and varied, but all are related to the fact that the primitive cells that formed the heart all possessed the ability to produce spontaneous electrical activity. Some of these, by virtue of their location in the developing heart, became the dominant pacemakers and conductors of electrical current. In the aging adult, changes in the heart’s structure wrought by both age and disease disturb the tidiness of the electrical conduction system, particularly in the thin walled, expandable atria. Some of the original electrical excitability of muscle returns and disordered patterns of muscle contraction result.

Atrial fibrillation (AF) is a relatively common problem. It is age related, and more common in men than women. Underlying problems with coronary arteries, with heart valves, with high blood pressure, congestive heart failure and diabetes seem to trigger it. Transient atrial fibrillation is common after heart surgery, particularly valve surgery. It is also associated with binge drinking and stimulant use, and with use of prescription strength non-steroidal anti-inflammatory drugs (no study has been done yet to see if the same association is present in users of over-the-counter NSAIDS). AF is more common in people with long histories of high level endurance exercise (Nordic skiers), possibly because years of high volume demand on the heart stretch its muscular and electrical architecture. Hyperthyroidism can trigger AF and people with sleep apnea or lung diseases may develop it. Lone atrial fibrillation is the name applied when no risk factors are present. In these cases, abnormal electrical activity appears to originate near the pulmonary veins.

Ventricular fibrillation is almost always the result of underlying scarring in the heart, from prior heart attacks, from heart infections, or from deprivation of blood flow to the ventricular muscle during an acute heart attack. Other causes include congenital heart disease which affects electrical conduction pathways, cocaine and methamphetamine use and severe electrolyte imbalances such as seen in anorexia nervosa.

Atrial fibrillation may occur in brief episodes before it becomes a chronic heart rhythm. The cardinal symptom is an irregular pulse. Some beats are stronger than others. Sometimes the pulse is very rapid as well as irregular. While the normal, orderly electrical activity of the heart responds to physical demands via some complex physiology, the fibrillating atria do not allow that to happen and the predictable increase in pulse demanded by exercise such as climbing stairs can’t be met. In people who have fibrillating atria, shortness of breath with exertion is a common first symptom. An electrocardiogram shows a characteristic abnormal electrical activation pattern.

Symptoms of ventricular fibrillation are immediate and devastating – consciousness is lost within 30 seconds or less. Brain cells begin to die in 4 minutes. Ventricular fibrillation can be preceded by a very high pulse rate called ventricular tachycardia, often accompanied by lightheadedness and shortness of breath, or by premature or “ectopic” heartbeats which cause a sensation of skipped heart beats followed by very strong beats. They warrant medical attention.

Diagnosis and treatment of atrial fibrillation

Diagnosis of atrial fibrillation is important because not only for relief of symptoms, but also for preventing strokes. A fibrillating atrium is often dilated, with blood flow inside slow and sludgy. Clots may form in the nooks and crannies of the atrial chambers, later to be dislodged and sent upstream to the brain. It is estimated that 20-25% of strokes are caused by AF and sometimes a stroke is the symptom which brings the heart problem to attention. Because AF can be intermittent, it may not show up on one EKG. A monitor which can be worn for several days at home may be required to pick up episodes.

A fibrillating atrium can be shocked back into a normal contraction pattern, in a controlled laboratory situation. This treatment is called cardioversion and is usually accompanied by drugs to prevent recurrence of fibrillation, and also drugs to control rate of ventricular contraction should atrial fibrillation recur. Surgical procedures using radio frequency ablation of sites of overactive electrical activity on the surface of the heart can be very successful in terminating AF and in preventing its recurrence, especially in cases of lone AF.

Blood thinners are necessary, temporarily, for patients being cardioverted or undergoing ablation surgery, to make certain that no clot is present in the heart at the time of conversion of the heart rhythm. Once it is clear that normal rhythms are holding, anticoagulants may be stopped. In chronic AF patients, however, blood thinners are always necessary.

A variety of cardiac drugs, called anti-arrhythmics, are prescribed prevent abnormal heart rhythms in people who are at risk for ventricular fibrillation, usually people who have known heart disease. They are the same as or similar to similar the drugs used to keep the heart rate from becoming too fast in people who already have AF.  careful control of other medical problems like diabetes is important. recognition and treatment of AF early may help prevent the development of chronic atrial fibrillation.

Respond to The Fibrillating Heart